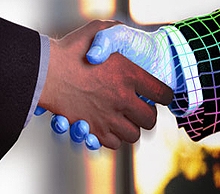 METU IT Resources: The concept of "METU IT Resources" covers METU's ownership rights and METU's licensing or leasing privileges upon, or METU's possession of the rights to use every computer/computer network, hardware, software and related services.

Users of METU IT Resources: They are natural and legal persons for whom authorization procedures, which entitle them the use METU IT resources, have been carried out on the system resources.

METU Users: The concept of "METU Users" designates the current permanently or temporarily employed personnel in academic or administrative positions within the departments and units under METU's administrative structure and all the current undergraduate and graduate students pursuing their educational life at METU. These users own the core right to use the full array of METU IT Resources.

Special Users: The natural and legal persons to whom the University provides specific limited and/or specific temporary information technology services are defined as "Special Users". Such natural and legal persons affiliated to METU are entitled to use METU IT Resources in a limited and/or temporary fashion under the explicit authority and approval of the Presidency.

Excluded Users: The individuals or organizations that do not possess the similar rights to use METU IT Resources as the rights defined above for METU Users and and Special Users who are only entitled to use those commonly available services or resources (e.g. METU web pages, METU Electronic List Service, ftp service etc.) are defined as "Excluded Users".

2. Use of METU IT Resources

Primary Use: The use of METU IT Resources in ways precisely related with such missions of the University as instruction, education, research activities, providing social service and with such administrative/managerial activities are defined as "Primary Use".

1. METU IT Resources are rendered available by the University to provide essential services for the applications defined within Primary Use section. Therefore, wasting of the resources should be avoided.

2. The departments that render METU IT Resources available must,

3. The users of METU IT Resources should implement the reasonable personal precautions pertaining to the security of the resources allocated to them/resources that belong to them within the scope of the Primary Use. It is the users' responsibility to make backups of the information available on these resources according to the priority of that information.

6. METU IT Resources should not be used,

without the explicit approval or authorization of the University Presidency.

7. METU IT Resources should not be used,

8. METU IT Resources should not be used,

9. It is forbidden to use METU IT Resources for the purposes of carrying out activities that breach the University regulations, the laws of the Turkish Republic and affiliated regulations.

10. Disclaimers do not render the cases/incidences that violate General Provisions of this policy acceptable.

The University makes available METU IT Resources to the users and maintains the operation and continuity of the services in conformity with the primary purposes and missions of the University.

The users of METU IT Resources are themselves solely responsible from the activities they perform on METU servers with the "User Code/Password" pairs and IP (Internet Protocol) addresses that are assigned to them, all kinds of resources (documents, official paper, software etc.) they have created by using or keep on the METU IT Resources, providing authorized personnel with accurate and intact facts/information about the use of resources when required in compliance with the usage terms of those resources, with the Regulations of the University, with the Laws of the Turkish Republic and affiliated regulations.

The METU administration reserves the right to take sides in the issues causing disputes between METU Users/Special Users and the third parties.

The METU Presidency and/or the departments that METU Presidency authorized are entitled to specify the all-encompassing rules, regulations and policies about METU IT Resources, review and revise them regularly according to the demands of the emerging new technologies, implement and enforce the required amendments. The changes committed shall be announced publicly via the general announcement mechanisms.

If in any case, the Use and the User definitions set forth within this policy cannot govern certain circumstances, or if the terms and definitions of "METU Information Technology Resources Use Policy" do not suffice to explain some special or exceptional incidences, such cases shall be evaluated and settled by METU authorities.